Let Thy Work Appear Unto Thy Servant, and Thy Glory Unto Their Children.

For Those For Whom We Owe A Duty of Care

Advocacy works to ensure that children’s rights are considered in government laws, policies, budgets, communities, and programs. An independent advocate, such as through the office of the ombudsman for children or a child rights-focused non-governmental organization, like the Military Children's Six Foundation serves to represent the best interests of military children and youth, independently of political structures.

We offer advocates in the following areas:

Guardians Of The Ward

When it comes to violence against children the world knows no boundaries. We're amplifying the work of those battling the global issues of sexual abuse, trafficking, incest, and exploitation to give children the strength not just to survive but to thrive.

The situation of crisis produced by the Coronavirus (COVID-19) pandemic poses major challenges to societies all over the world. While efforts to contain the virus are vital to protect global health, these same efforts are exposing children and adolescents to an increased risk of family violence.

The social isolation required by the measures taken in the different countries, the impact on jobs, the economic instability, high levels of tension and fear of the virus, and new forms of relationships have all increased levels of stress in the most vulnerable families and, therefore, the risk of violence. Read More.

Adding Value Beyond The Money

A child-friendly community aiming to become a place where children:

Children of current or previously serving members of the armed, and defense forces of domestic, and foreign militaries to include active duty, reservists, the national guard, special forces, state militia forces.

Children of men, and women who have been forced to take up arms in military conflicts, whether in war, a military invasion, or a special military operation in the defense and preservation of their country's sovereignty, liberty, and quality of life.

A military child is a minor, or an adult dependent. Military children includes adopted, step-children, and children under legal guardianship (regardless of current marriage status).

We Must Protect The Military Child at All Cost.

Lawmakers on Capitol Hill have long been working to pass the PACT Act, a key bill that would expand health care access to veterans exposed to toxic burn pits.

We Must Protect The Military Child and their Dependents at All Cost.

Military Children's Six Foundation congratulates all of the extraordinary efforts of the many advocates who worked tirelessly on behalf of Veterans and Active Duty service members, and their families for the passage of the Pact Act signed into law on August 10, 2022.

Special thanks to Jon Stewart, Kimberly Hughes (Sgt. Gary Hughes), and the battalion of guardians of military families.

We Have Your Child 6

Diveheart works to build confidence, independence and self-esteem in children, adults and veterans of all abilities through scuba diving, scuba therapy and related activities. Utilizing certified adaptive dive buddies, Diveheart provides safe and inclusive activities for adaptive divers to enjoy the wonders of the aquatic world.

Diveheart focuses on abilities – not disabilities – to instill the can do spirit in order to inspire participants to take on challenges that before might have seemed impossible.

Diveheart works with individuals who have a variety of disabilities, including physical and developmental disabilities, vision and hearing impairments, amputations, traumatic brain injuries, Post-Traumatic Stress Disorder and more.

They have programs across the globe.

A unique horsemanship, wellness and Skill-set Restructuring™  program based in Santa Fe, NM the Horses for Heroes program is provided free of charge to all post-9/11 veterans and active military.

The program focuses on those who have sustained Post-Traumatic Stress Disorder (PTSD), physical injuries, or experienced combat trauma during their time in service to our country.

Here, veterans are hand-on with horses. They begin with groundwork and progress to riding, as well as participating in other aspects of ranch life including working cattle.

Horse and veteran bond through communication, trust and understanding of the horse’s natural instincts. Acknowledging the value of the military skills that each participant possesses, horsemanship and ranch skills area a perfect template for restructuring those skills.

The ranch is drug and alcohol free – and the program is run by comrades, not counselors.

SUDS is designed to help improve the lives of wounded, injured and ill service members who served in Iraq and Afghanistan.

The program is for service members who have a permanent physical disability requiring adaptation.

By training the warriors in a challenging and rewarding activity it can help facilitate the rehabilitation process and promote mobility.

Offering this venue provides the warrior with a sport they can enjoy during their rehabilitation and throughout their life.

SUDS was established in February of 2007 at Walter Reed Army Medical Center in Washington, DC. Run by a dedicated staff of volunteers, they are passionate about helping our service members learn about adventure sports.

USSMC began as a handful of dedicated sailors committed to the development of a community sailing center.

They were granted a charter from US SAILING. Bolstered with this endorsement the United States Sailing Center – Martin County opened for business in 1992 on the shores of the old Jensen Beach Causeway.

The initial Sailing Center consisted of a modest tent, a camper and a few donated boats. The facility became designated by the United States Sailing Association as a US Sailing Center.

This honor recognizes that USSCMC exceeds all the required standards set forth by U.S. Sailing and maintains an impressive commitment to high quality public access to sailing.

The USSCMC hosts large-scale elite events like Junior Olympics on an annual basis.

Founded in 1975, Canine Companions for Independence® is a non-profit organization that enhances the lives of people with disabilities by providing highly trained assistance dogs and ongoing support to ensure quality partnerships.

They have locations throughout the country.

The mission of the 23rd Veteran organization is simply to “provide happier, healthier lives for veterans living with trauma.”

This playbook is a unique 14-week exposure focused on removing the negative effect of trauma.

The 14 weeks consist of an outward-bound type of outdoor adventure, an intense focus on fitness training and positive psychology, and exploring/addressing trigger associations.

Based on self-reported data, this is a very effective program for military and veterans who have experienced trauma.

CRAB’s mission is to bring the thrill, freedom, and therapeutic value of sailing to people with disabilities, recovering warriors, and local youth from at-risk neighborhoods.

CRAB provides sailing experiences and instruction to over 1,000 guests every year from its base of operations at Sandy Point State Park in Annapolis, MD.

Thanks to the numerous CRAB volunteer skippers, crew, and support staff,  sailing programs are held every week from April through October and include Family Sail Sundays, Group Sails, Sailing Camps and Clinics, and Regattas.

In 2017, the CRAB fleet was modernized and six new Beneteau First 22A boats (A for Adaptive) were acquired and modified for guests.  In addition, the fleet offers a Martin 16 with a “sip & puff” steering system that allows a quadriplegic skipper to adjust the sails and move the tiller.

Jack Kagan became very interested in CRAB, and envisioned replicating their efforts one day. He began supporting them with significant donations of both funding and materials.

The Foundation continues this legacy of support and has purchased three Beneteau boats for CRAB.

Each of the three boats is named for a Kagan family member or one of Jack’s boats – the Little Bit, the Lainie (for Elaine Kagan), and the Andrea (his deceased daughter).

The Foundation is also supporting its effort to acquire a new marina to expand the fleet.

Their mission is to bring joy to children experiencing homelessness through the magic of a birthday party. Pre- and post-pandemic, they host monthly birthday parties at homeless and transitional living facilities across the country.

During the current pandemic, they are not idle: they initiated a new program called “Birthday in a Bag,” and a birthday gift for children on their birthday.

The Colonels' Cities of Hope 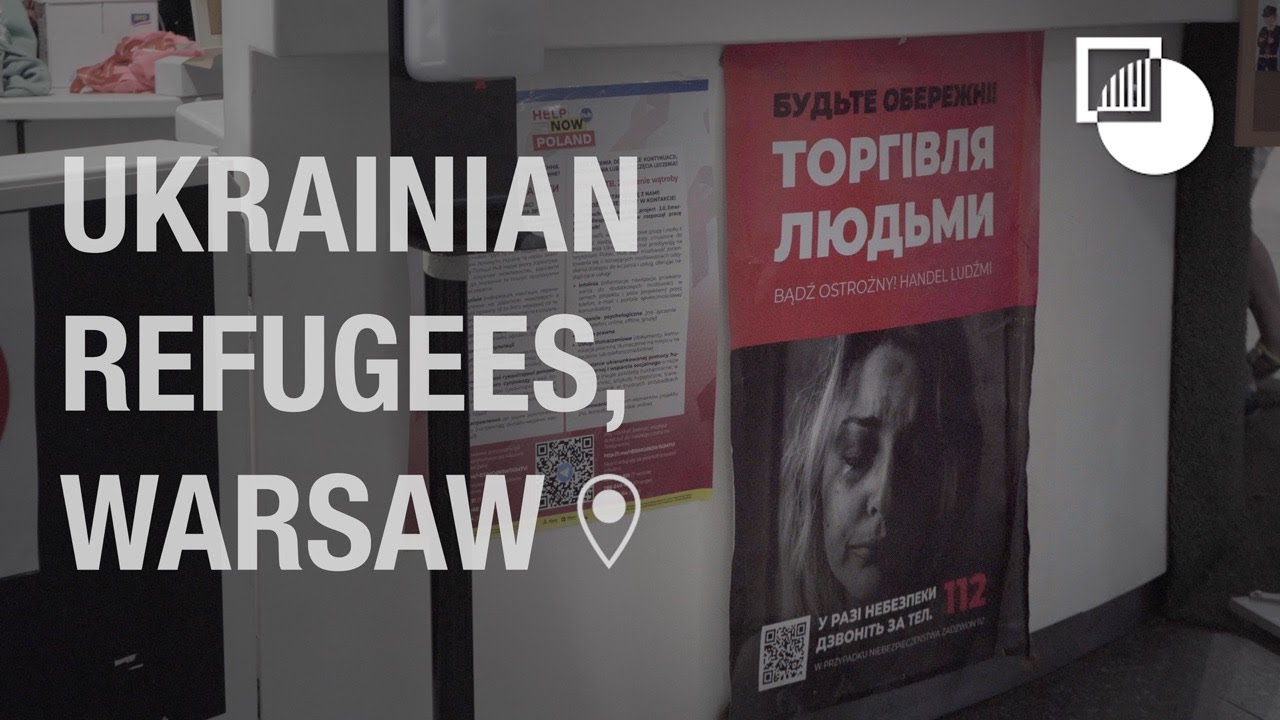 Since Russia’s invasion of Ukraine on the 24th of February, about a quarter of Ukraine’s citizens have fled, with almost six million...
0

What is 988? The 988 Suicide & Crisis Lifeline (formerly known as the National Suicide Prevention Lifeline) offers 24/7 call, text and...
0

What You Did Not Know About Military Child Support

If you are an active-duty service member, a member of the National Guard or Reserves, or a military family member, I want to thank you...
0
More

This summer we were graced by the addition of Ms. Adaijah Jacobs to the Military Children's Six Foundation team. As a newly minted college graduate and up-and-coming young professional, she came to our foundation eager to work, learn, and make a difference through the work we do to serve and support children and their families in the child, veteran, and community advocacy space. We hope that while she worked in earnest to help impact the lives of the individuals we touch through our organization's work, she will build on this experience to move forward in the pursuit of her dreams, passions, and life's purpose.